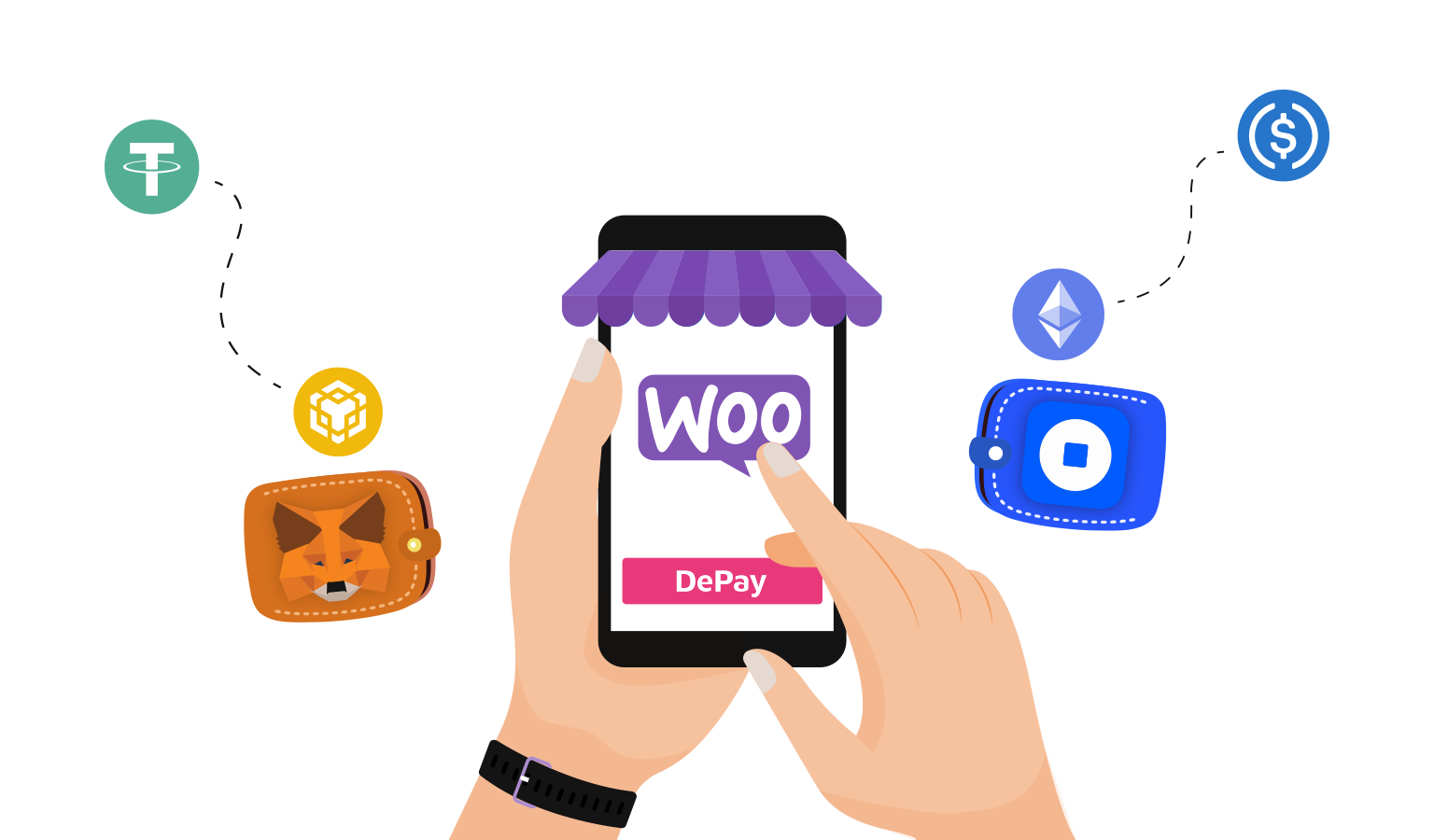 Pushing decentralization even further: DePay now provides Woo merchants with the ability to allow their customers to send payments directly to their own wallets with tens of thousands of accepted tokens on supported blockchains.

ZUG, Switzerland, November 21, 2022 – Swiss Web3 payment startup DePay today announced that they are joining forces with the self-hostable, open-source eCommerce plugin WooCommerce, pushing decentralization further and providing merchants with the ability to have customers send payments directly to their own wallets with tens of thousands of accepted tokens on supported blockchains. After releasing a pure Web3 Donations Plugin for WordPress users earlier this year, DePay's multichain Web3 Payments will now also allow Woo merchants to receive any preferred tokens with blockchain-based asset conversion of incoming payments in real-time, by simply installing the DePay Payments WooCommerce plugin.

“DePay makes Web3 and crypto payments as straightforward as possible for merchants and their customers, without requiring a custodial approach,” said David Lockie, Web3 Lead at Automattic. “We wanted to offer WooCommerce merchants a wide range of crypto payment providers, and were instantly impressed by DePay’s flexibility across chains and coins, as well as their focus on a great user experience for all parties.”

"WooCommerce is the best way for merchants to run their shops without intermediaries. With the launch of DePay Payments for WooCommerce, this now also applies to payments.", said Sebastian Pape, Founder of DePay.

The mechanism of blockchain transactions is inherently peer-to-peer and decentralized. Nevertheless, most of today's established Crypto Payment solutions manage wallets for their customers, embedding a decentralized technology into centralized structures. As a result, the buyers pay intermediaries who credit the merchant’s account after processing each payment. Merchants then need to request the withdrawal of their funds as opposed to receiving the payments directly into their wallet.

WooCommerce and its parent company Automattic are strong partners for DePay thanks to their mission to drive decentralization further. We share their goal of democratizing commerce by removing barriers to entry based on income, gender, and geography.

The benefits for Woo merchants include:

At Automattic, our goal is to make the web a better place. With products like WordPress.com, WooCommerce, Jetpack, Tumblr, and WordPress VIP, we help support customers through web hosting, e-commerce, security and backups, enterprise infrastructure, and more. Automattic is a distributed company with more than 2,000 employees working from 98 countries speaking 121 different languages. We believe in open source, and the vast majority of our work is available under the GPL.

WooCommerce is the leading open-source eCommerce platform, powering 28% of the top million online stores (BuiltWith). Built on WordPress, WooCommerce empowers anyone, anywhere, to sell anything with truly unlimited extensibility, flexibility, and control over how they build and evolve their business. Launched in 2011 and acquired by Automattic in 2015, WooCommerce is a fully distributed company with employees based around the world.

DePay is live on